Conscientiousness is one of the basic personality dimensions of the Big Five, a theory that identifies five factors as the core of personality and that is commonly used as a predictor of performance and professional satisfaction in an organizational context.1

What does Conscientiousness entail?

Conscientiousness is a personality trait closely associated with professional performance.2 Having a high score in this factor normally translates into a person who is careful, persevering, efficient, and meticulous.

They are ambitious and goal-oriented, putting their other personality traits to use to reach their long-term objectives. Because achieving their goals efficiently and successfully is so important3, they tend to follow the rules4 and avoid taking any risks.

On the other side of the spectrum are the people with low levels of conscientiousness. These are often perceived as irresponsible, lazy, and unreliable. Nevertheless, their relaxed and easy-going nature can translate into more creative and innovative solutions and they tend to perform better when facing unexpected challenges or last-minute demands.

The concept of Conscientiousness as adopted by the Big Five model does not have inherently good or bad dimensions. Having high or low levels of this trait only reflects two different personality behaviors which can be more or less desirable depending on the situation.

While high levels of Conscientiousness are often associated with better performance and with generally perceived positive characteristics, it also has its pitfalls. For example, people with high consciousness can become inflexible and turn into extreme perfectionists that they cease to be productive and efficient.

Conscientiousness in a work context

Conscientiousness is generally considered a good predictor of professional performance since it reflects how efficient, reliable, and disciplined a person tends to be.

In an organizational context, the individuals with a high degree of this trait also tend to score high in organizing and executing, a factor of the Great Eight. This model isolates eight main competencies that help to predict organizational efficiency and performance by combining the analysis of personality traits, skills, motivations, and interests.6

As such, conscientiousness in a work context often reflects a person who shows commitment, that plans, organizes, and sets clear goals, establishes high-quality standards and that knows how to manage time and resources in order to fulfill the clients’ and the organization’s expectations. They are also more likely to adhere to procedures and instructions.7

What careers suit people with high and low Conscientiousness?

Conscientiousness is only a partial dimension of the greater concept of personality. In fact, it tends to reflect more of an attitude towards work and life rather than defining a particular set of skills. In this sense, it is its combination with other factors of the Big Five model that defines what would be the best career for someone depending on their score.

For example, people with high conscientiousness and agreeableness tend to perform well in jobs such as sales representatives, as they are both prosocial and goal-oriented. On the other hand, for someone with a high degree of conscientiousness and low agreeableness, a career as a sales manager would be better suited, as it rarely implies working directly with the clients.

In general, potential jobs for people with a conscious personality include:

On the other side of the spectrum are the people with low conscientiousness who are more relaxed and tend to dislike planning and schedules. The combination of these two characteristics makes them generally good at improvising and at responding to emergencies or last-minute demands.

Therefore, the careers that best suit their personality tend to be more flexible, without rigid schedules, and require a certain spontaneity. Potential good jobs for them include driver or firefighter, for example

It should be noted, however, that there are no jobs that require low consciousness, only lower consciousness. 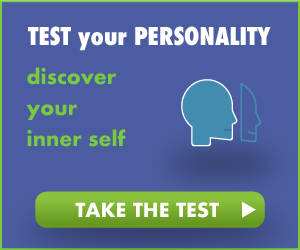